Looking for a view at Cragside

I have recently spent a few days up in Northumberland on a short holiday break. The trip include a visit to Cragside, near Rothbury which is, according to TripAdvisor, the highest rated and most reviewed historic site in Northumberland.

The Cragside estate was created by Lord Armstrong in the nineteenth century, initially as a weekend retreat, expanded in stages to create a large country house of sufficient stature to host the Prince of Wales for a visit in 1884. The estate was also developed by Armstrong, with over seven million trees planted, 40 miles of footpaths through over 1,000 acres, a pinetum and locations linked to Armstrong's pioneering installation of hydraulic and hydro electric power at the estate and house.

There are two classic views of  the house at Cragside - looking from the Debdon burn past the iron bridge towards the house, and the view below of the house from the rockery: 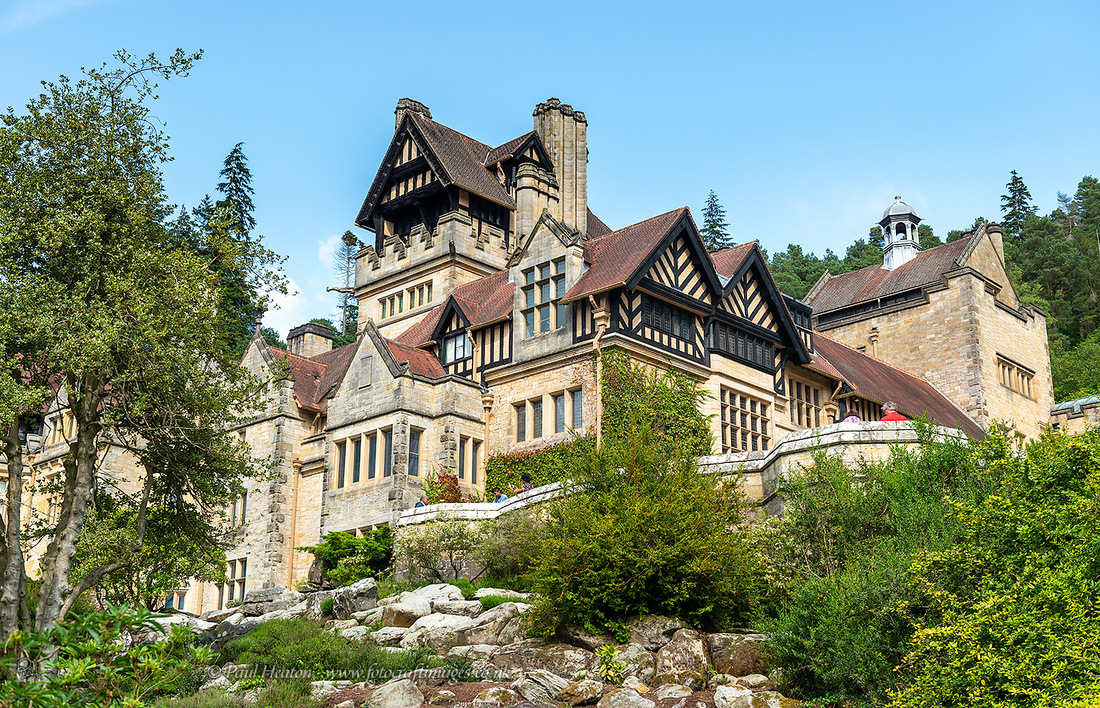 Cragside from the rockerySummer photograph of Cragside, Lord Armstrong's country house near Rothbury in Northumberland

There are however innumerable photo opportunities beyond the classic shots. During our visit we walked across to the formal garden. We didn't take in this part of the estate on our previous visit some 20 years ago, so this was a first for us, and well worth the 400m walk from the main path to the house. The formal garden covers about 3 acres, with views across to the Simonside Hills. The clock tower was built as the pay office for the estate workers, and makes an interesting feature for a photograph showing the variety of textures and colour in the garden borders in high summer: 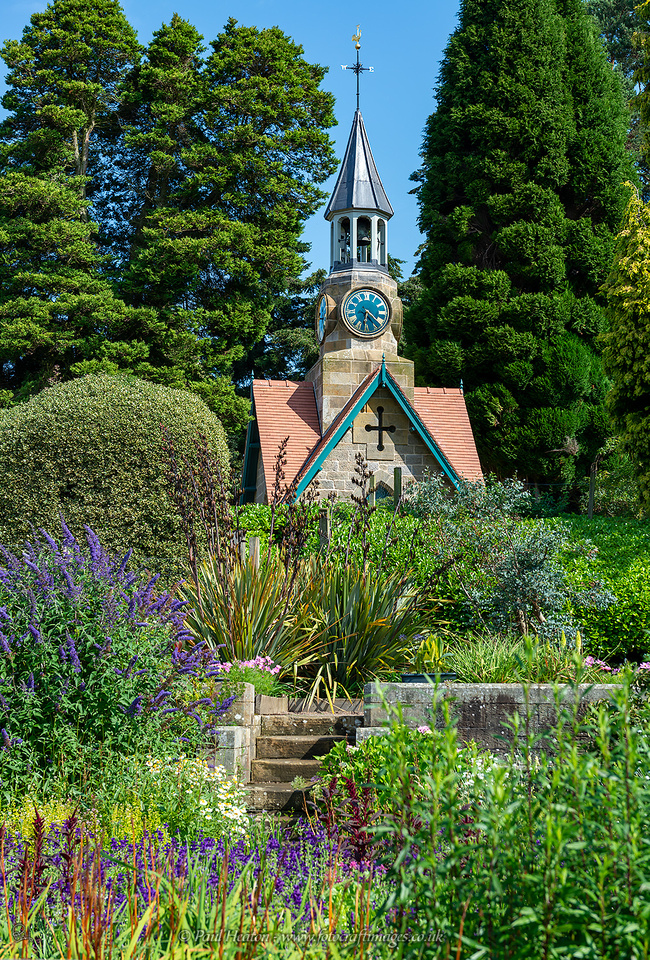 This particular viewpoint attracted me because of contrast between the wide range of different green tones in the various plants and trees, and consistent colours of the stones and tiles of the clock tower. The angular clock tower almost appears to be an artificial tree, reaching to the sky among the other trees and bushes. I deliberately composed the image so there was no overlap between the clock tower and the surrounding trees to give it some sense of separation from the rest of the scene.

While relaxing in the gardens, I was also fortunate to see a hummingbird hawkmoth feeding on Buddleia flowers - not something I have seen before: 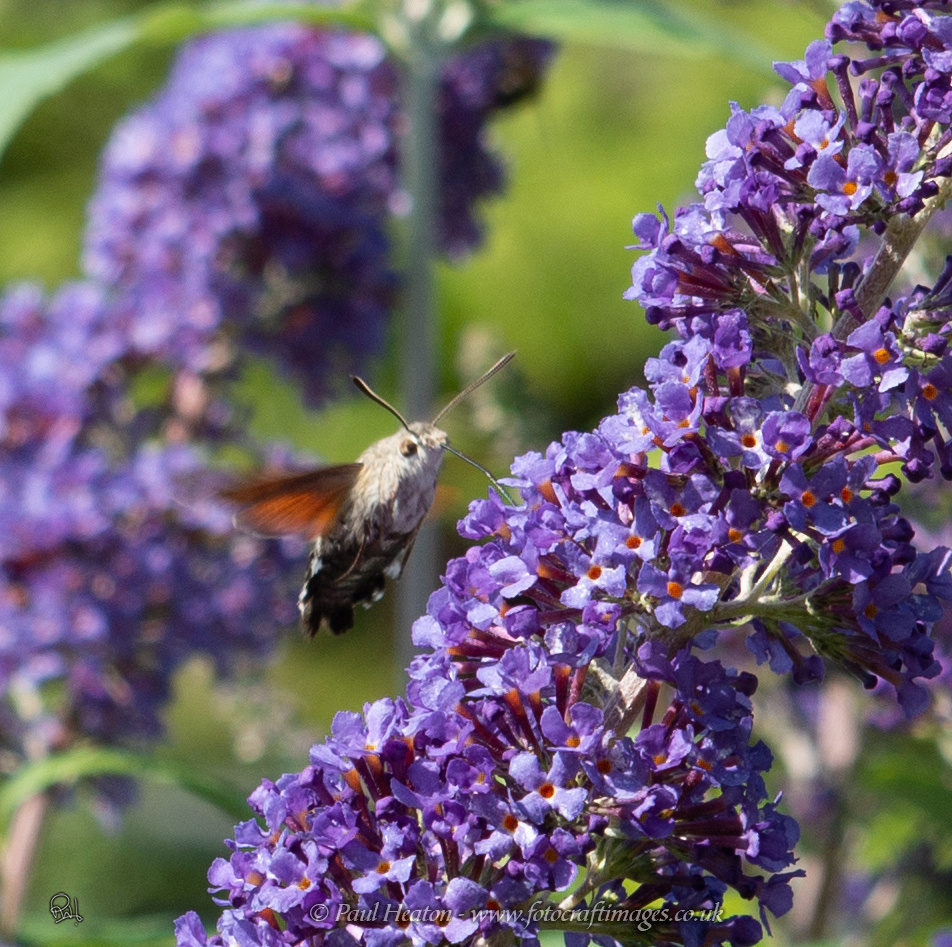 I couldn't see the exceptionally long proboscis of the moth with the naked eye, but is shows clearly in the photograph.

One of the most impressive natural features of the gardens at Cragside is the pinetum. The trees within the pinetum were planted around 140 years ago, and are now towering specimens along the Debdon Burn, including the tallest Scots pine in the UK, and a Coast Douglas fir measured at over 61m (200ft) high. I chose a viewpoint near the iron bridge to photograph the pinetum, with a gunnera and the rustic bridge acting as the foreground interest in the photograph, and the huge pine trees clustered around the Debdon burn leading through the composition of the picture.

This viewpoint works impressively as a portrait shaped photograph: 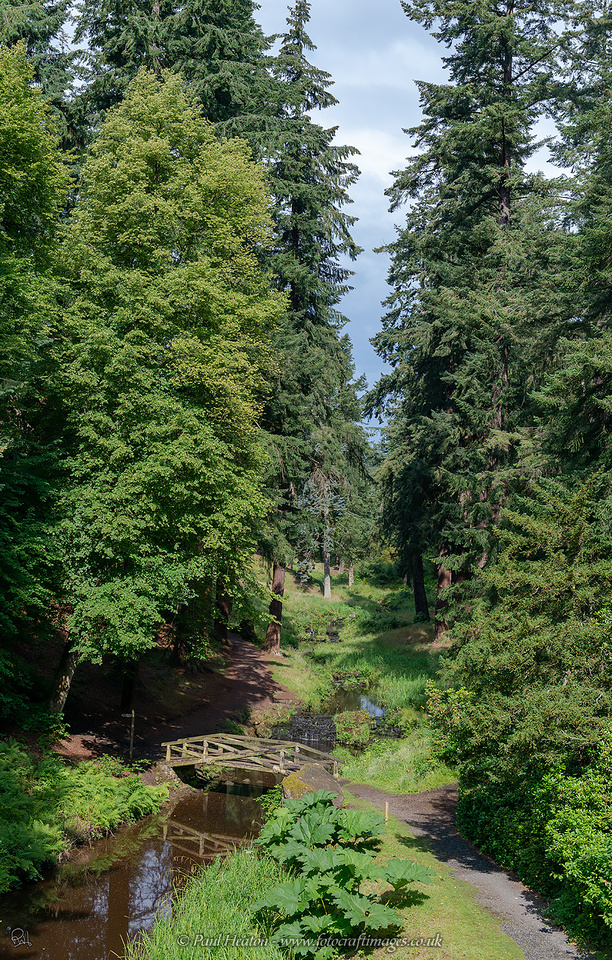 and also with a landscape orientation: 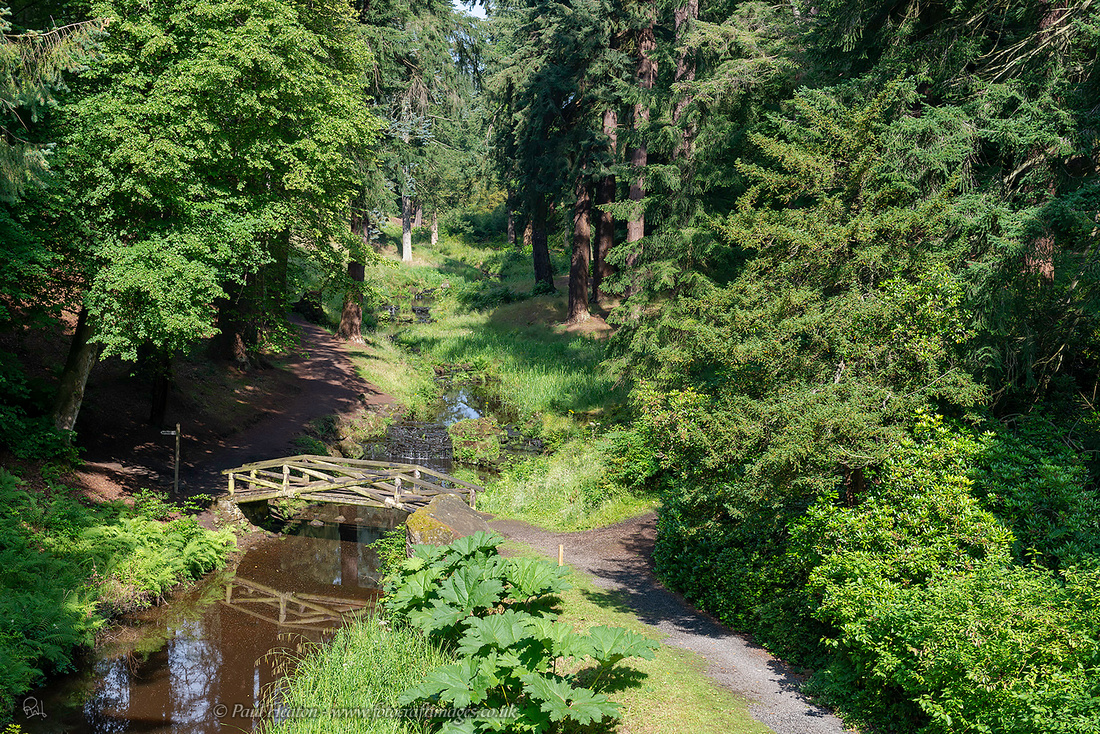 I have included these photographs as additions to my Northumberland gallery .

Cragside is well worth a visit as a large estate funded by Victorian industry. However, it also has fascinating features reflecting very modern concerns about sustainability. It has a water powered hydraulic lift, and is the first home in the world to have been lit by hydro electric power. The estate and its landscape are far more mature now than they were when Lord Armstong died in 1900, giving innumerable opportunities to create interesting photographs.