I have recently been sorting through a suitcase of old family photographs, and came across two pictures from the nineteenth/early 20th century that set me thinking about what will happen in the future to the images we are creating today.

I guess the image below was taken in the mid/late 1890's in Cumbria: 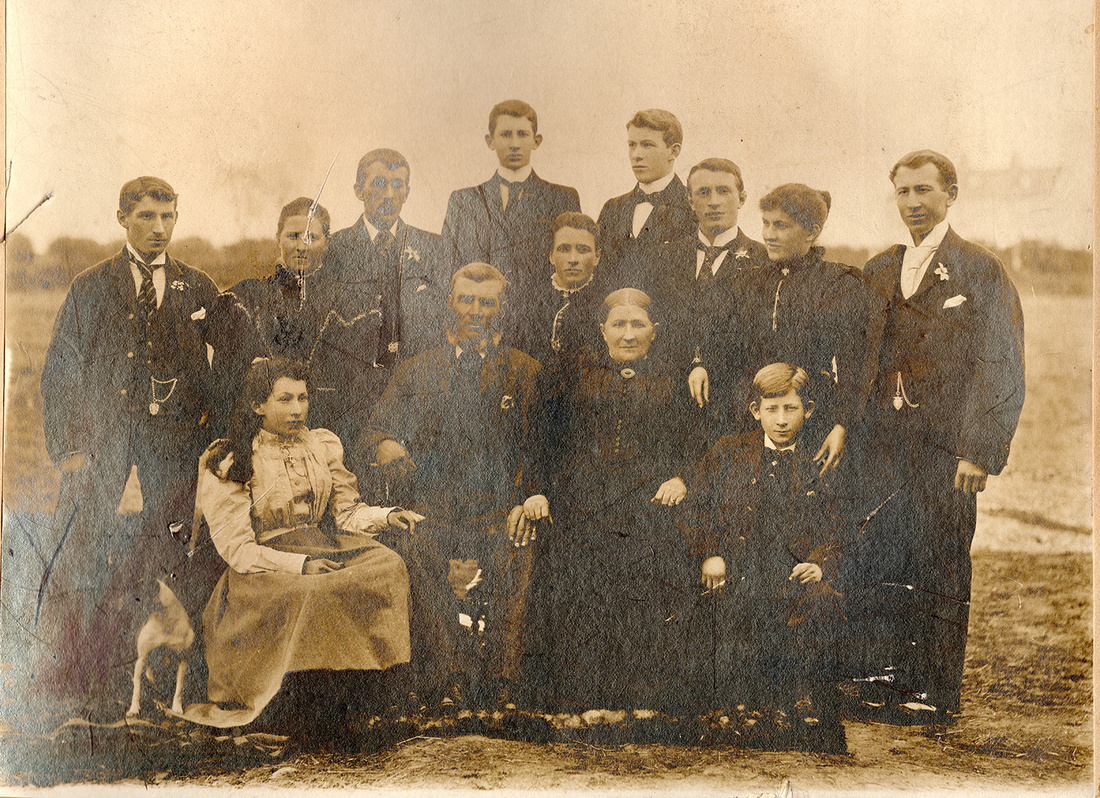 This photograph features my great great grandparents, with eleven of their twelve surviving children, including my great grandmother. We were excited to find that this photograph takes images of our family back to the very beginning of the Victorian era, as James Jackson, the patriarch in this picture, was born in 1837.

The next photo has a February 1916 date on the back, and includes the next generation, with my great grandparents and my grandmother: Looking at these well preserved images set me thinking about how our grandchildren will fare in fifty or a hundred years time. Our ancestors had far fewer photographs than we have today. However, they were expensive to produce and much more highly valued. Although they probably weren't aware at the time, the chemical processes used were relatively stable. Looking at these images gives a glimpse of the lives of our ancestors. Even images that have faded in sunlight can often be recovered using Photoshop or other similar programmes.

During the 20th century more and more photographs were produced - initially in black and white, and later in colour. The black and white photographs I have been looking at have fared relatively well. The colour images vary. Some are fine and bright, others have suffered colour shifts, and now look as if they have been cross processed.

I bought my first digital camera in 2003, and from around 2005 all of my photos were originated digitally. I guess that most people have primarily used digital cameras for photography for the last ten years, if not longer.

This gives two issues - first, there has been an explosion in the number of photographs, often with very little editing to sort the best or most important from the rest; and second, because the photographs are at risk of being lost through hardware failure, changes in technology and for many other possible reasons.

As a professional landscape photographer, the photographs I have taken are both the source of my income, and also a record of the development of my photography through time. I have therefore used various different backup strategies to minimise the risk of losing them. I started off creating backup DVD's. As my catalogue of images grew this became impractical. I then used USB hard drives for backup, but grew increasingly concerned that I only had two copies of each image, both in the same physical location.

My current solution is to use a Synology Network attached storage (NAS) with four 2TB discs configured with RAID as my primary backup. With this setup, if one of the 2TB hard discs fails, I can restore the information from the other three discs. I did suffer a disc failure shortly after I purchased the system, and the restoration worked, which was a great relief. The Raid storage is next to my main PC. I now use USB hard discs as an off site storage just in case of a major disaster. I generally bring theses discs home during my January/February off season to update this backup. 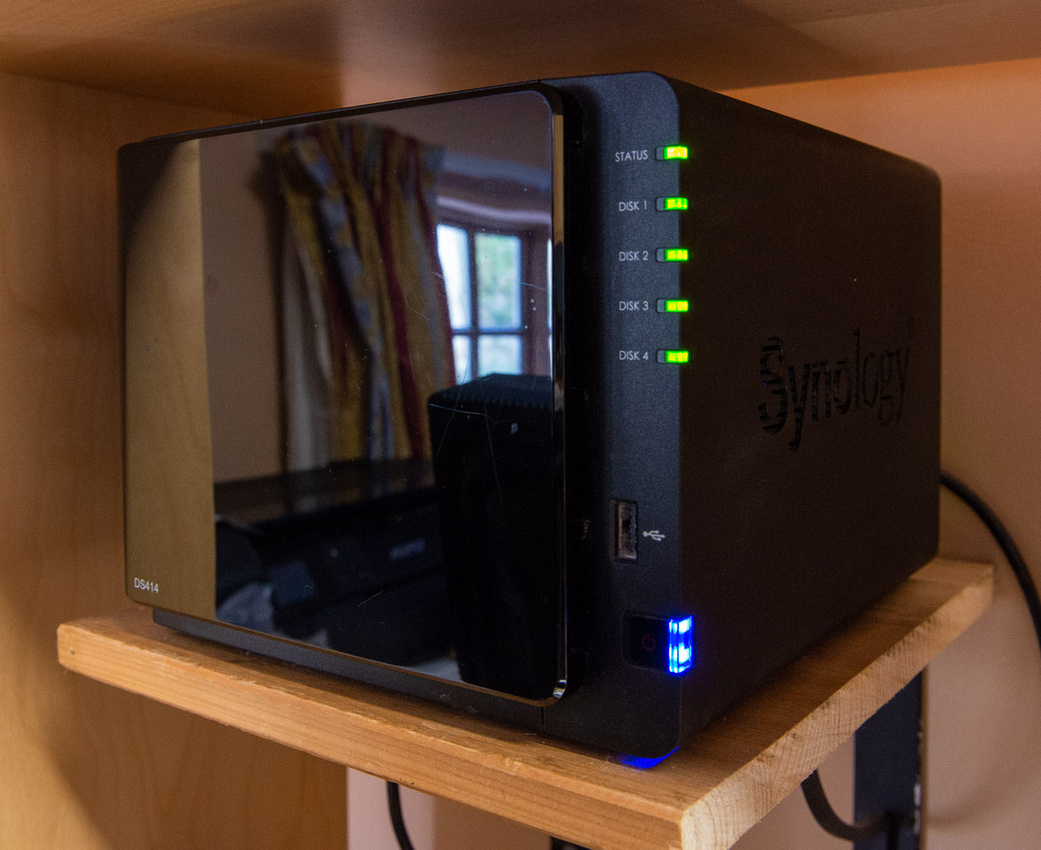 These solutions are fine for the short or medium term, but may not enable long term storage: hard drives can fail, file formats change, dvd dyes break down and fat fingers or hackers can delete files.  The question is what to do.

Based on my own thoughts and research, my suggestions are as follows;

1.  Edit your photos and retain the most interesting and significant images. Your family would probable not appreciate having to look through 25,000 images to find key people and events in your family's history;

2.  Give the photos descriptive names - "DSC1539" for example doesn't give any information about an image whereas "John_Smith_Leeds" at least gives some context to an image;

3.  Keep archived images in jpeg format. For my work, I always use RAW format images, and store my photographs in Tiff files, which is a lossless format. For long term preservation, it is important to use the most widely used image format that is the least likely to be overtaken by technological obsolesence as storage formats change;

4.  Keep more than one copy of each picture at all times - preferably three copies. Use different storage methods for the different copies so that if one fails, the others will preserve the photos. The storage options include cloud storage, DVD or blue ray discs or hard discs. Whichever solution you choose, check the storage at least annually to make sure your images are safe. Also pay attention to technological changes - if it looks as if the days of the DVD are numbered, think about moving your photos to an alternative storage solution;

5.  Consider making prints of your best and most significant photographs. The ninteeenth/early 20th century photos I hold are all from one line of my family. I have very few photos from the other lines of my family tree - not even a single image of my paternal grandfather or grandmother. Many high street photo shops will scan images to electronic files, or create prints from prints. Alternatively, most home copiers will also allow you to make scans of photos.  These can be printed individually, or combined together into a photo book, which can be distributed to siblings and children to ensure these memorable images are available to as many people as possible within the family.

I would encourage everybody who reads this post to spend a little time thinking about what you would like to preserve for the future, and how best to achieve that. If you don't, you could be the next person posting on social media that you have a hard disc crash has caused the loss of a chunk of your own family photos.