At the end of my Christmas show season I had developed pans for a number of winter photos I wanted to capture over the following couple of months. Unfortunately the weather gods have not been kind, and any snow has been restricted to the higher parts of Yorkshire, generally been transient and been followed by grey days. This hasn't made for great conditions for winter photography.

Recent weeks have, if anything, been even less promising, with a succession of deep low pressure systems with strong winds and heavy rain. The heavy rain has caused floods in several areas that have been devastating for some residents and businesses in Yorkshire. During last weekend it appeared that the River Wharfe was rising due to high rainfall totals higher up in the dales. I decided it might be worthwhile to have a look, and maybe capture some images. 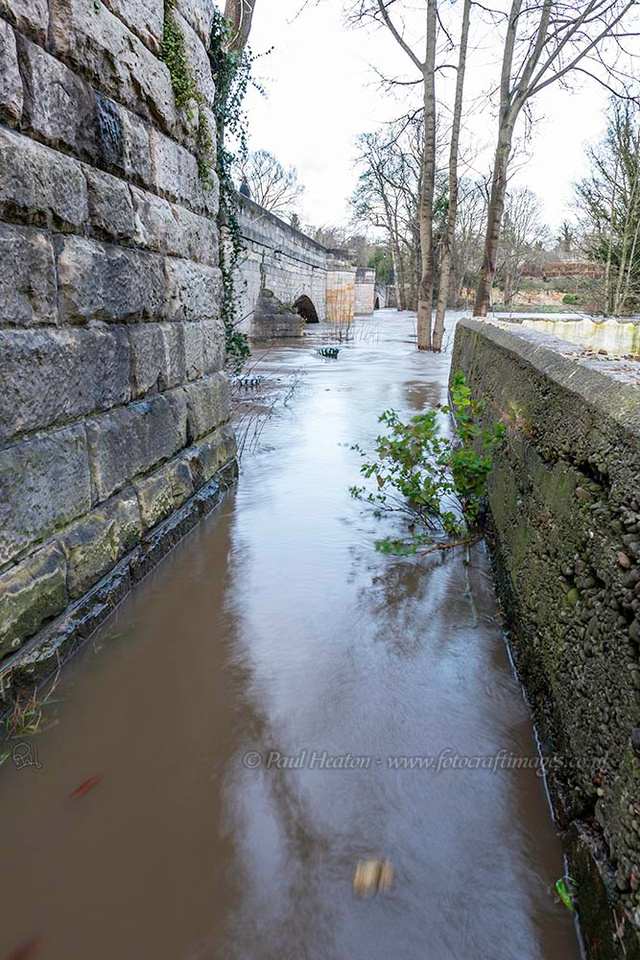 I began with a walk down to the bridge across the River Wharfe linking Boston Spa and Thorp Arch. The riverside path next to the River Wharfe is a regular route for me. The waste bins on the riverside path give a good indication of how high the river is. This photograph shows the river is as high as I have  seen it. The river normally runs about 3m below the height of the path itself.

There is a farmhouse across the river that is always in the firing line when the river rises. The photo below shows the river has covered the whole of the garden and the steps leading up to the farmhouse doorways:

A slightly different angle from this same location shows the height of the water below the bridge linking Boston Sap and Thorp Arch: 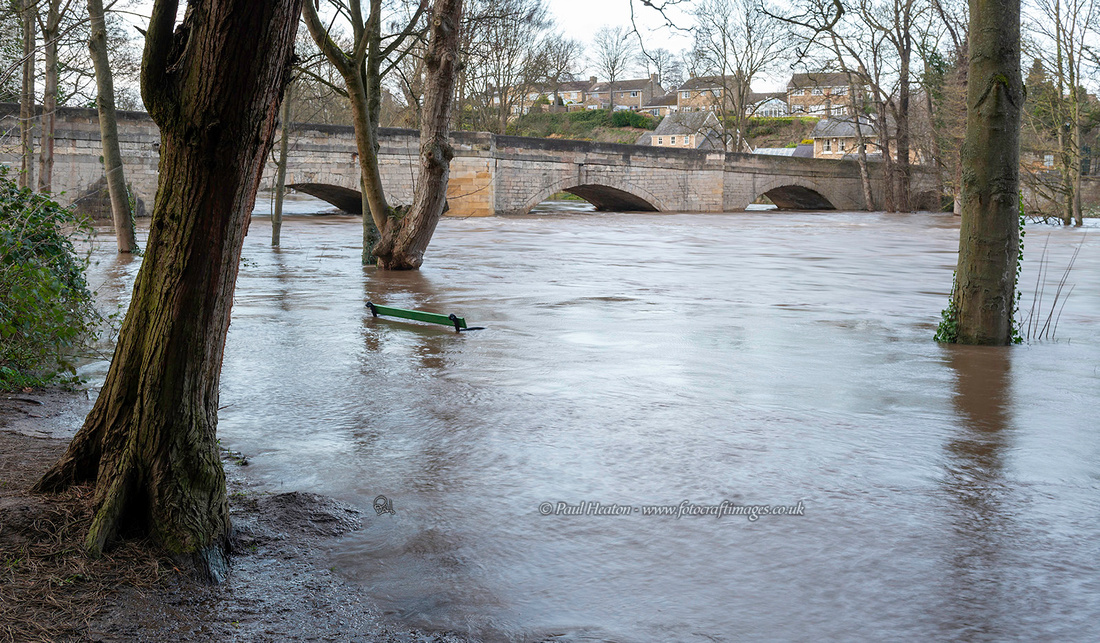 After seeing this level, I wondered how high the water was at Tadcaster bridge. This is the bridge that partially collapsed on 29 December 2015, and was subsequently rebuilt at a cost of more than £4million. This was the situation in Tadcaster: 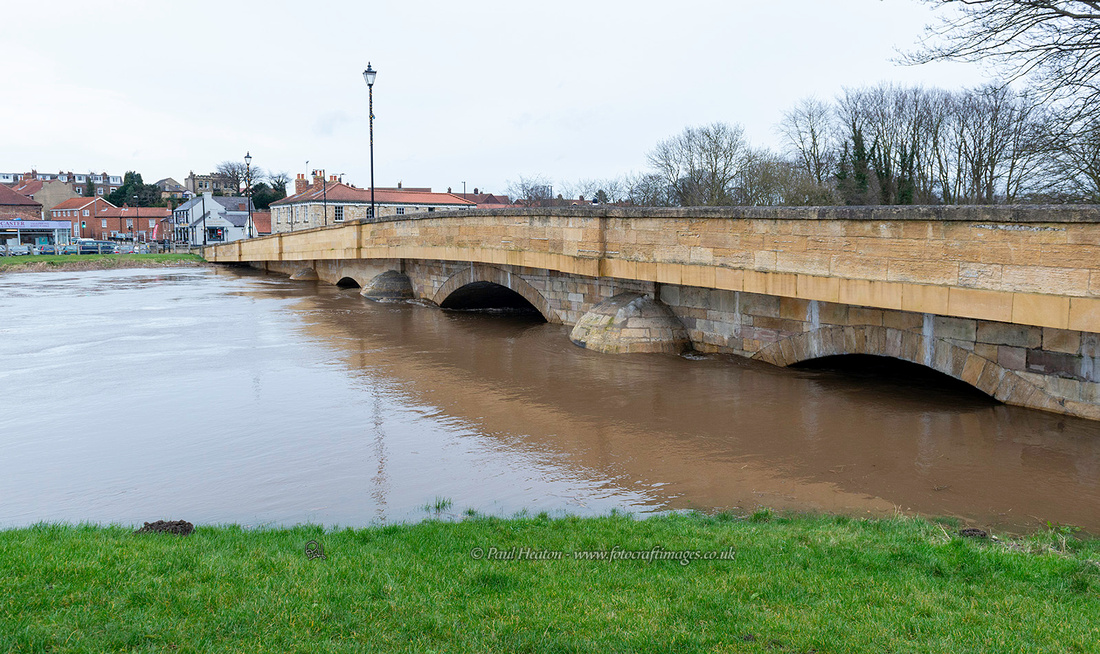 The bridge was coping with the volume of water, and there was no flooding in the town itself. On the other side of the bridge it was clear that the ground, stands and offices of Tadcaster Albion Football Club were again under water, for the second or third time in three weeks. The photograph of the bridge shows that there wasn't much margin to cope with a more severe flood. With all the evidence suggesting that man made global warming will give rise to more frequent and intense rainfall events, this must be a concern to the people of Tadcaster.

My final stop on this tour of my local area was the site of an abandoned village at Easedike which offers a view along the Wharfe valley between Boston Spa and Tadcsater. The panoramic view from his spot showed just how much of the fields making up the flood plain had been innundated - a  message perhaps that building houses on flood plains may not be the best idea!

Flooded fields between Boston Spa and Tadcaster in West Yorkshire

Overall this was a quite sobering trip around the area. We appear to have avoided the major problems that occurred in December 2015. However, some people will have to undertake significant clear up work, and local farmers, who are already under pressure, may suffer losses if crops are lost. I wish all those affected a speedy recovery.