They say that a change is as good as a rest. Well, yesterday I heard that the Battle Of Britain Memorial flight was making a flypast over Wetherby. The flight was organised to mark the dedication of a blue plaque for "Ginger" Lacey, a second world war fighter pilot who had the RAF's second highest total of German planes shot down in the Battle Of Britain. The plaque is placed where his birthplace used to stand. Ironically, the site is now occupied by an Aldi store - a German owned supermarket. I decided to make the short drive over to Wetherby to try to capture some photographs.

I do not have a regular need for a long telephoto lens for my work. I do however have a Canon 70-200mm F4L lens, and a 1.4x teleconverter which I hoped would be sufficient to capture some interesting shots. The weather was bright, but not strong sunshine, and the Lancaster bomber from the Memorial flight circled around the supermarket three times to give people at the ceremony several opportunities to see, hear and photograph this iconic plane.

These are a selection of the images I captured: 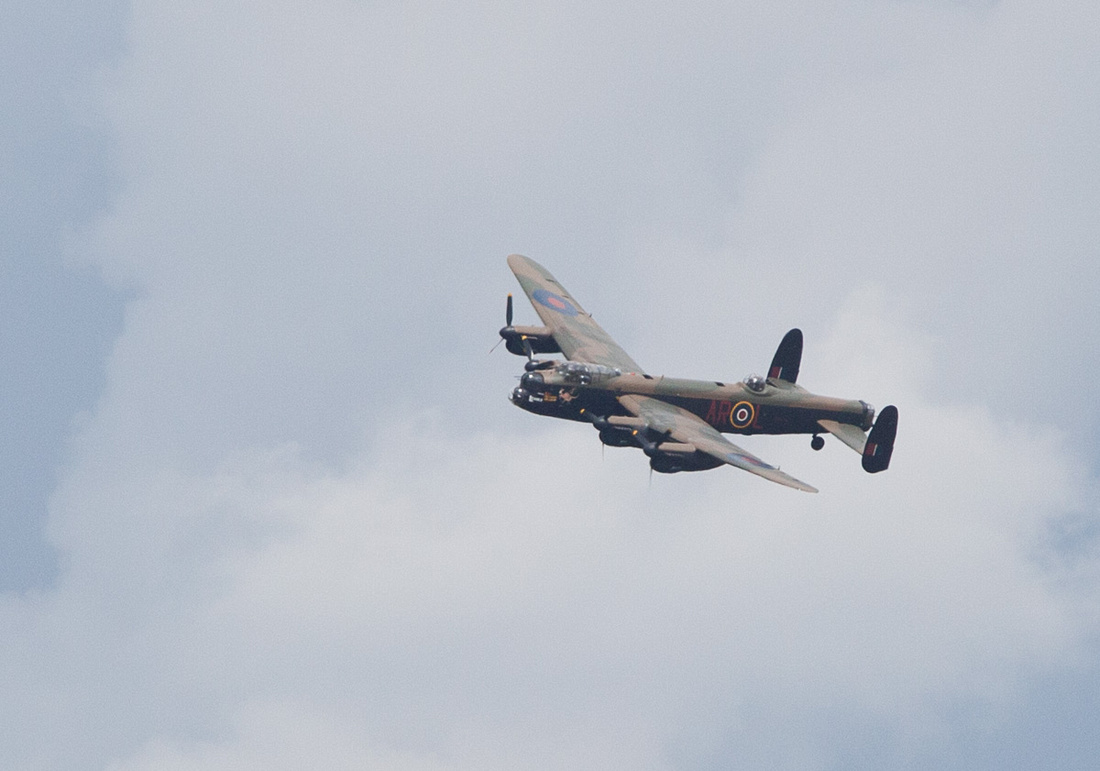 I did some planning when I arrived to try to obtain the best images possible. The flypast would be centred on the Aldi car park, so that seemed to offer the closest viewpoint given the limited reach of my telephoto lens. I chose a position in the car park away from light stands and trees to minimise the risk of unwanted distractions in the photos. 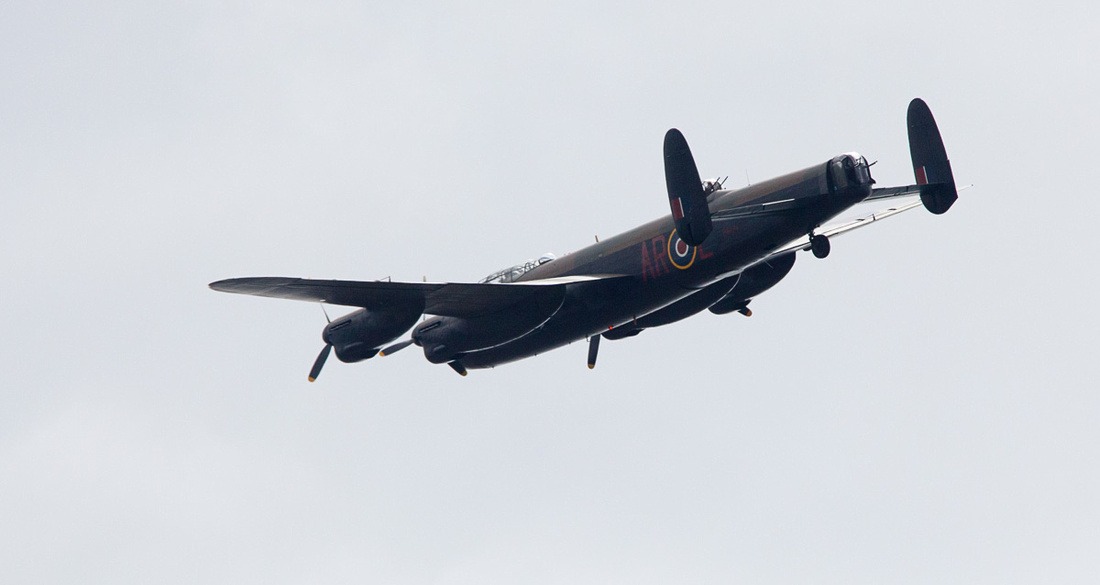 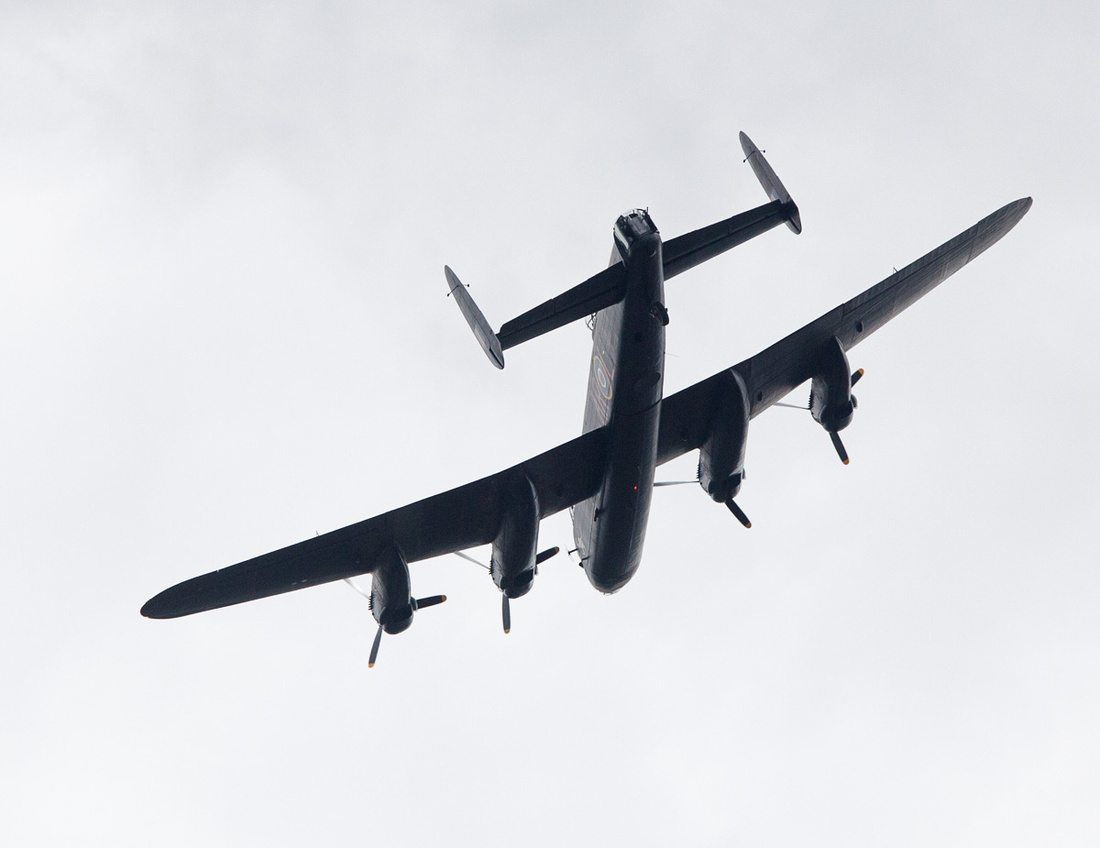 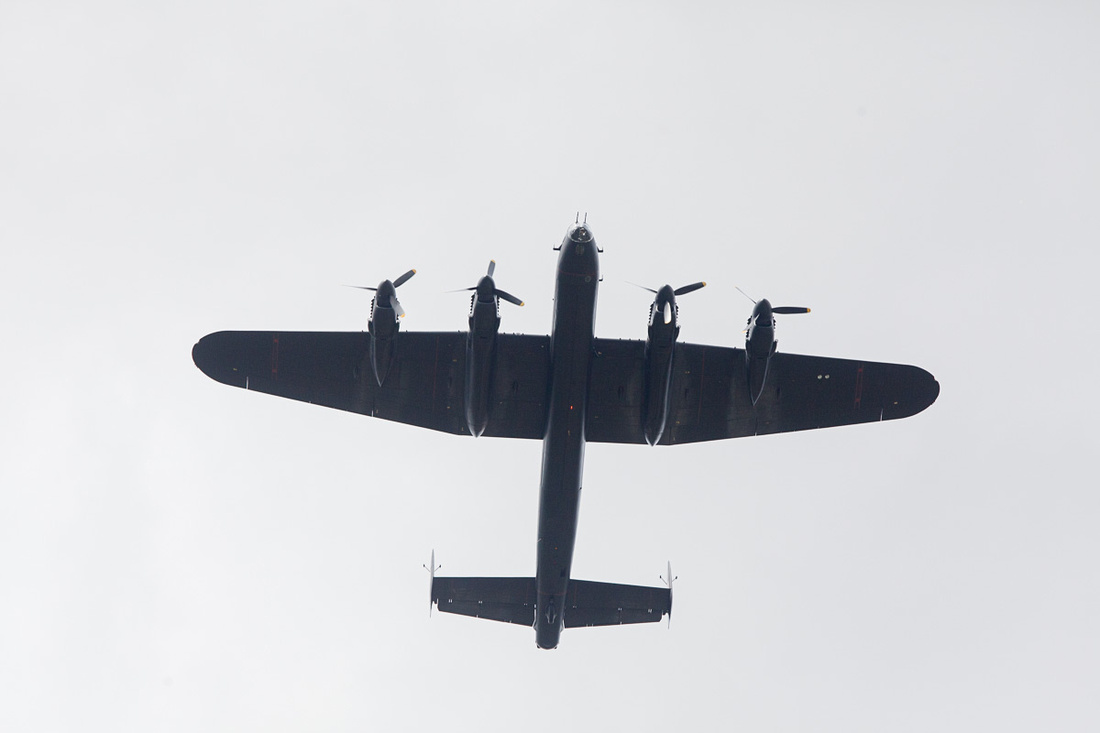 As the plane flew over, one of the spectators commented how small it was. Perhaps so compared to a Boeing 747, but I'm sue it appeared both large and powerful to any one who saw it during the war! 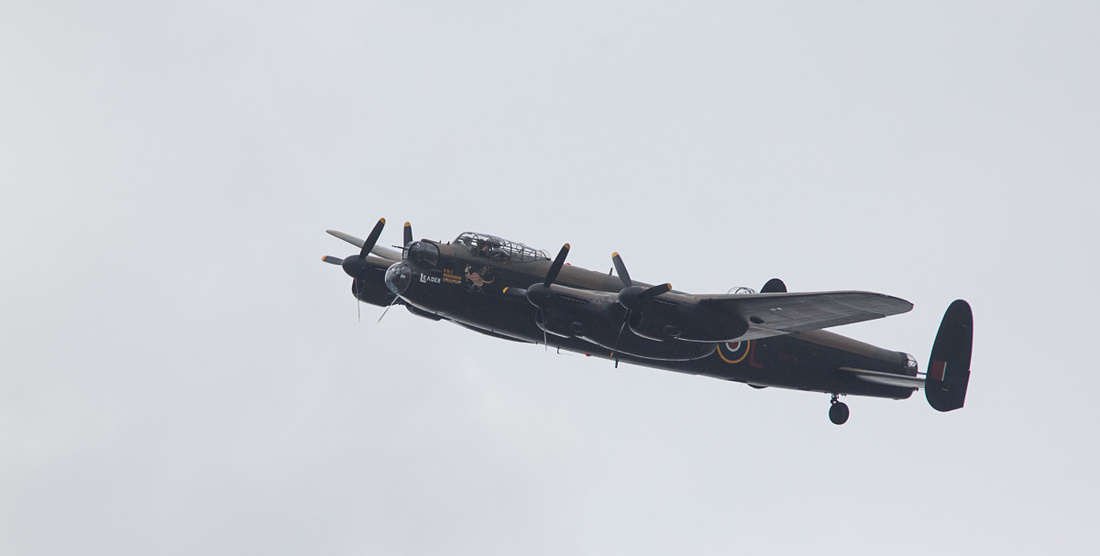 The hand of a pilot waving from the cockpit is just visible in the photo. 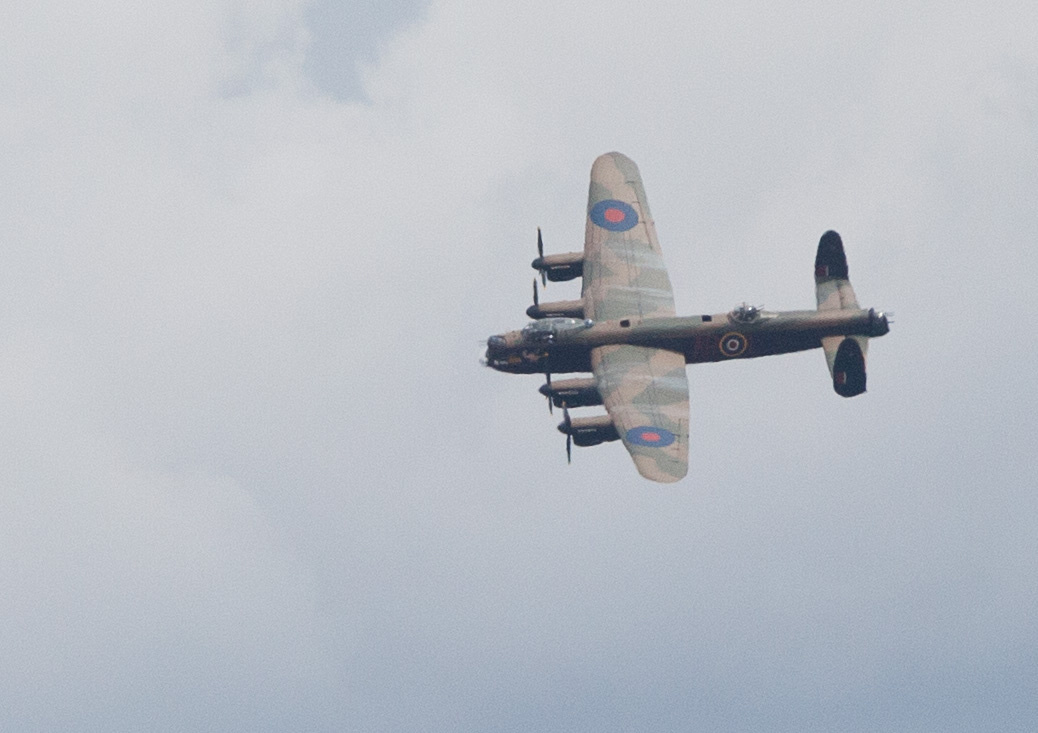 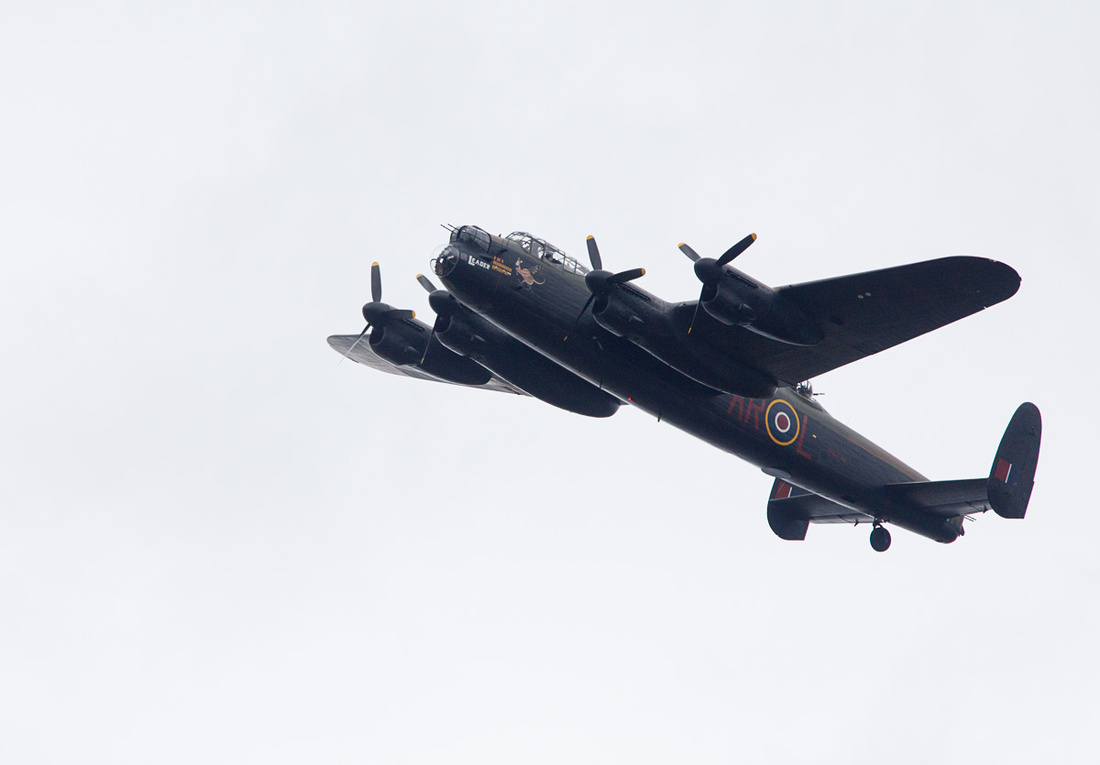 The process of capturing these photos was quite different to my normal landscape photography work. The time of the flypast was fixed, so there was no waiting for the best light to capture the image. Due to the moving subject, the shots were all hand held. My camera settings were chosen to maintain sharpness in the shots, so I shot at ISO 640. Composition was determined on the fly at the time, although I made some selective crops afterwards for shots where the plane was relatively small in the shot. The sky was significantly brighter than the plane, so I used a positive exposure compensation to retain detail in the black painted underside of the night bomber.

Overall, this was an interesting hour, and I was pleased with the results. What do you think?

Update 16 July 2019: I have had some interest in these images, and have put some of them onto one of our new range of photo mugs. You can see the result here: Lancaster Bomber photo Mug .