Walking in a quiet corner of the Lake District

The Lake district apparently attracts about 14.8 million visitors each year. If you walk some of the more popular routes in the centre of the National Park, or the "honeypot" towns and villages (Keswick, Kendal, Windermere, Grasmere etc) you can well believe this. There are however less visited areas which have their own distinctive character and charm. The Eastern most part of the National Park, which is quite easily accessible from where I live in Yorkshire, is one of these areas.

I have just returned from a couple of days walking in this part of the Lake District. The weather wasn't great for photography - cloudy throughout, with one or two showers, but it was good for walking. On the first day (Sunday) we walked the Naddle Horseshoe (an 8 mile route described in Wainwright's Outlying Fells book). The walking was good, with views over Haweswater towards High Street and its surrounding fells, with Riggindale Crag prominent in the view. The remarkable thing about this walk was that over the five hours between setting off from the car and returning we didn't see a soul, either close up or in the distance.

The following morning we decided on a stroll around Knipescar Common. The landscape here was much more reminiscent of the Craven Dales rather than the Lake District, with limestone scars with glacial erratic boulders and smooth grass meadows rather than the tussock grass we negotiated on the previous day. Knipescar Common rises to a modest 1,118 feet (342m), but offers attractive views towards Haweswater and the fells around High Street. A moody sky with the odd brighter patch gave interest in the landscape to allow me to create the image below, which exemplifies the weekend: 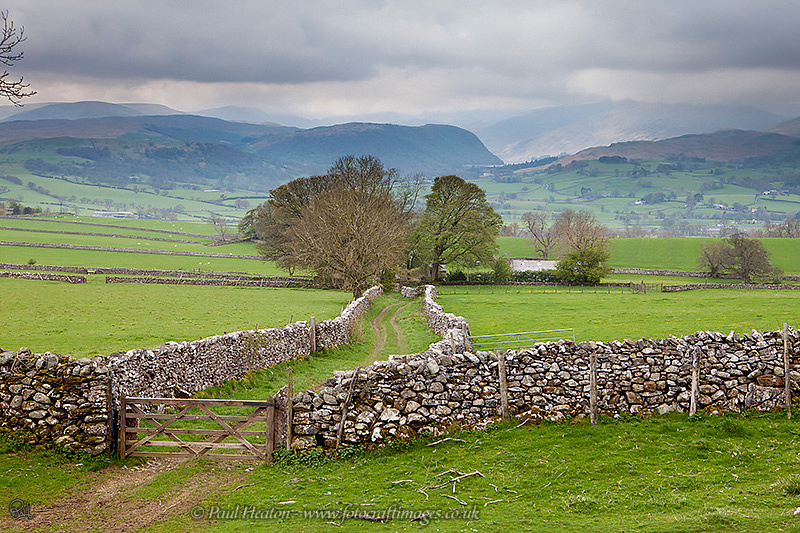 From time to time we all come across comical sights on our travels. We saw one of these in the field behind the trees in the photograph above. A large white goose was sitting in the smallest duck pond I have ever seen (actually a spring which emerged near a gate, only to almost immediately disappear again). The goose was most put out that we had the temerity to look at the view from her gate, and made it clear that she would defend her pond agressively: 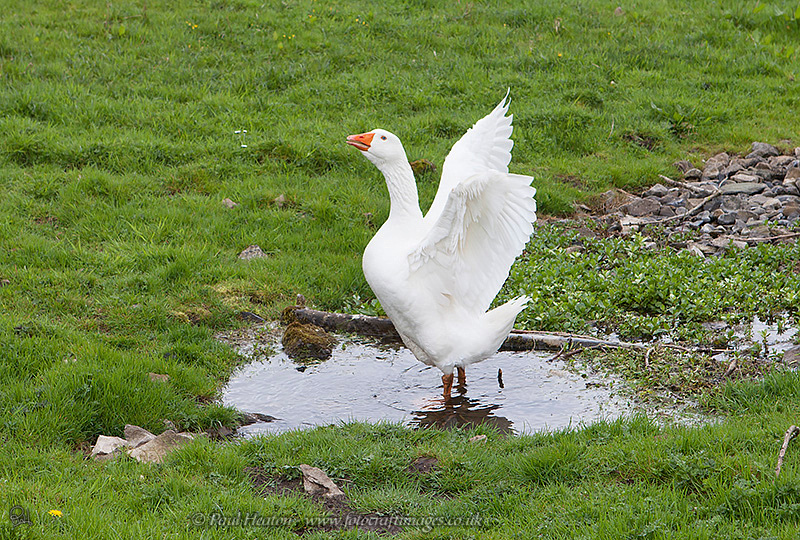 1503-white-gooseWhite goose on tiny pond at Scarside in the Lake District National Park.

Having succesfully intimidated us to leave, she settled down to enjoy her kingdom, honking rather grumpily!