Taking advantage of snow in the Dales

I normally begin my show programme in Hawes, in Wensleydale, in mid March each year. The weather can be marginal, but it gets me back into the swing of things, and the gives early season visitors something to do if the weather is poor. This year there was snow and strong winds over the show weekend. I decided to take advantage of the weather by setting off early, giving me about an hour and a half to take some photos along the A684 which runs up Wensleydale.

Fortunately there was a regular run of gritters up and down the road. This was great for keeping the road open, but did give me an impressive crusting of salt on the car by the end of the weekend!

I decided to use the video recording facility of my digital SLR cameras to show the landscape and some of the resulting photographs. You can see the resulting video by clicking on the image below: 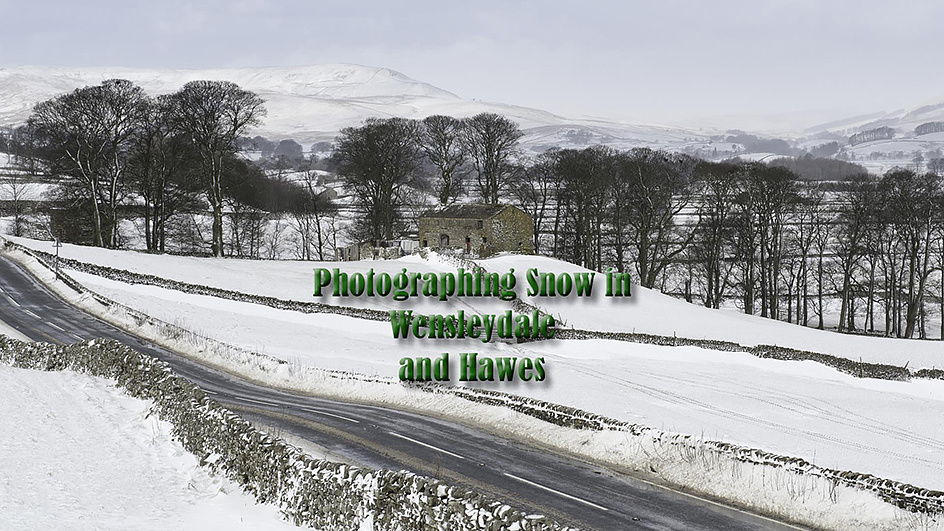 The weather was quite overcast, which would not normally make for great photo opportunities. However, working with the conditions, I found some opportunities to create almost monochrome pictures emphasising the shapes of the landscape, trees and other features. One of my favourite images from the morning is this shot taken near Middleham: 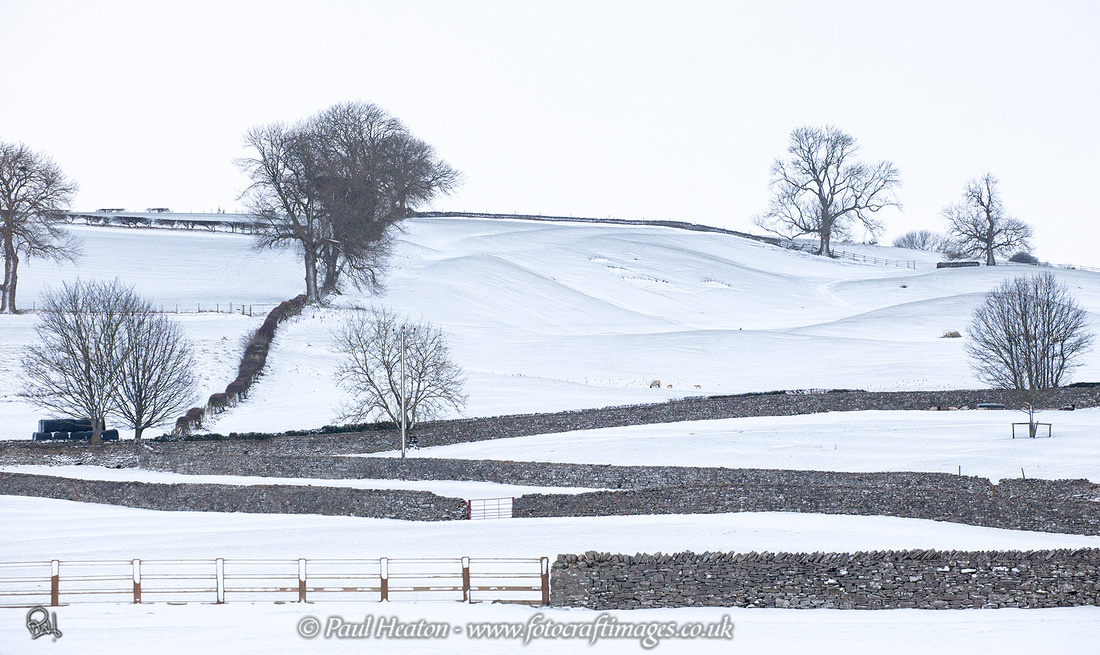 Snowy Fields near Middleham, WensleydaleThis photo shows the contrast between the gentle curves of the hills in the background of the photo and the zig-zag of the stone walls in the foreground. A solitary ewe with two recently born lambs completes the scene.

I liked the contrast between the humps in the valley side (which just don't show up until highlighted by the snow), and the stark grey of the stone walls in the foreground. The image is given a sense of scale by a single ewe and her two lambs just off centre in the picture.

The next two shots were taken from the same viewpoint near Bainbridge. This spot gives an attractive panoramic view of Upper Wensleydale in clear weather. The light snow falling limited the visibility, but helped isolate a farmhouse on a hillock in the centre of the valley from the surrounding hills: 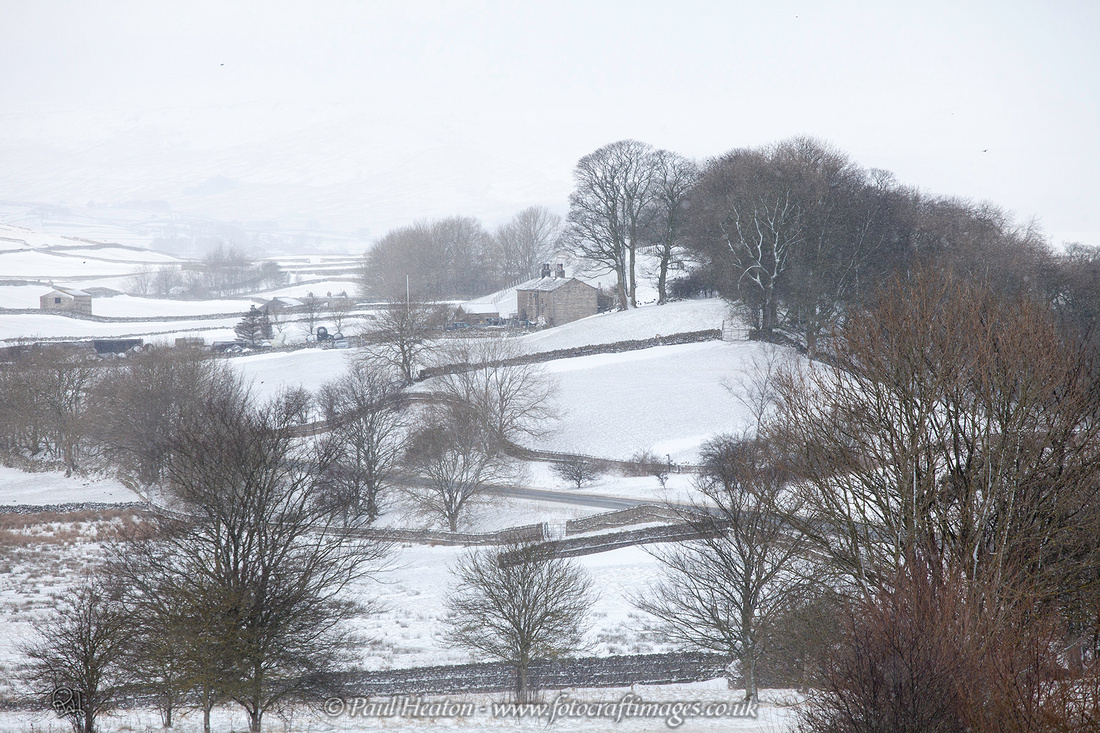 Winter in WensleydaleLeafless trees, dry stone walls, fields and an isolated farmhouse on a hill are transformed by the flat light and slight mist in this Wensleydale winter view.

It also gave a different perspective on a typical Yorkshire Dales stone field barn, with the snow covered track leading towards the barn entrance: 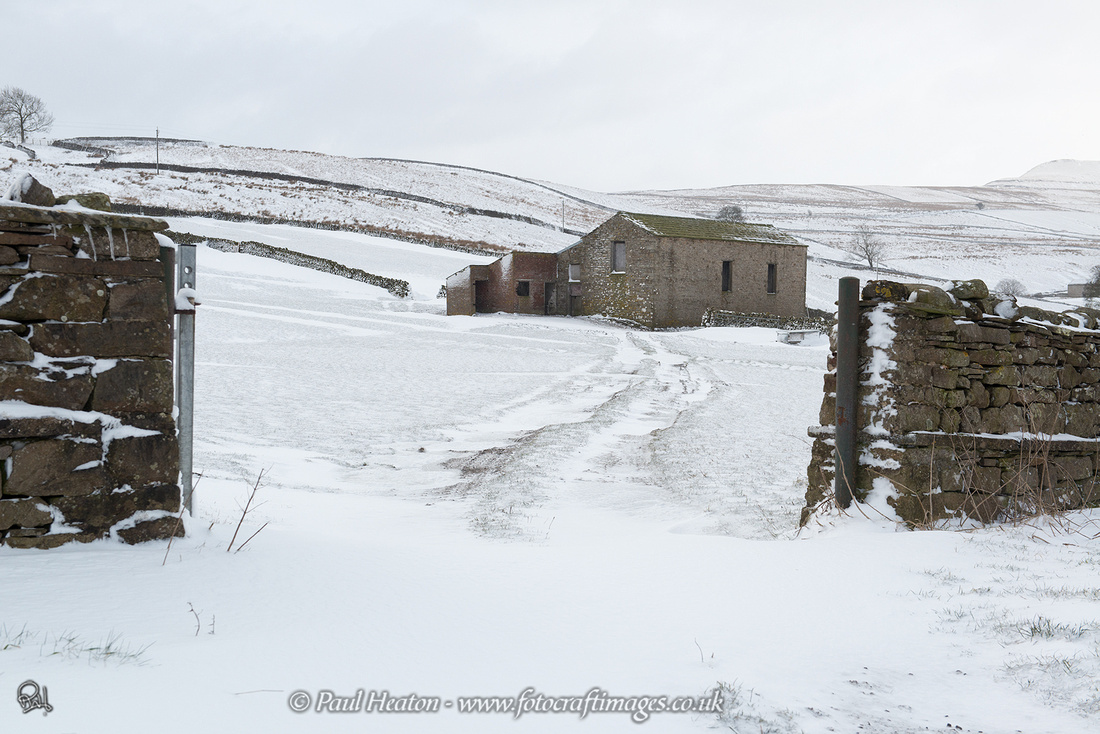 Dales Field Barn in the SnowStone walls and stone built field barns are two of the classic features of the Yorkshire Dales landscape. They look very different in the snow. An open gate , and a rough track lead the eye into this image.

Finally, the leafless trees, with snow plastered to their trunks, provide a stark contrast to the white of the snow and sky in this shot:

Winter Tree in WensleydaleA fall of snow completely changes the landscape. This tree is normally lost against a background of green fells. However, with a flat light, and a little snow falling the dramatic shapes are highlighted against a plain background. The Swaledale ewe in the foreground provides a splash of colour in an otherwise monochrome scene.

The stone wall,and the ewe with snow on her fleece help to place the shot in the Dales.

There were quite a few people staying in and around Hawes who called in to the show in the Market Hall, so it proved to be an all round successful day.