A Perfect walk for the holidays

The walk along the cliff top between Robin Hood's Bay and Whitby takes in some of the most spectacular landscapes along the Yorkshire Coast. It provides an envigorating contrast to the gentle pursuits of sitting on the beach, and eating fish and chips which many visitors to the Yorkshire coast will enjoy in the summertime.

One of the features I photographed and wrote for the now defunct Yorkshire Ridings magazine provided an illustrated guide to this walk, together with a route map.

You can see this article by clicking on the picture below: 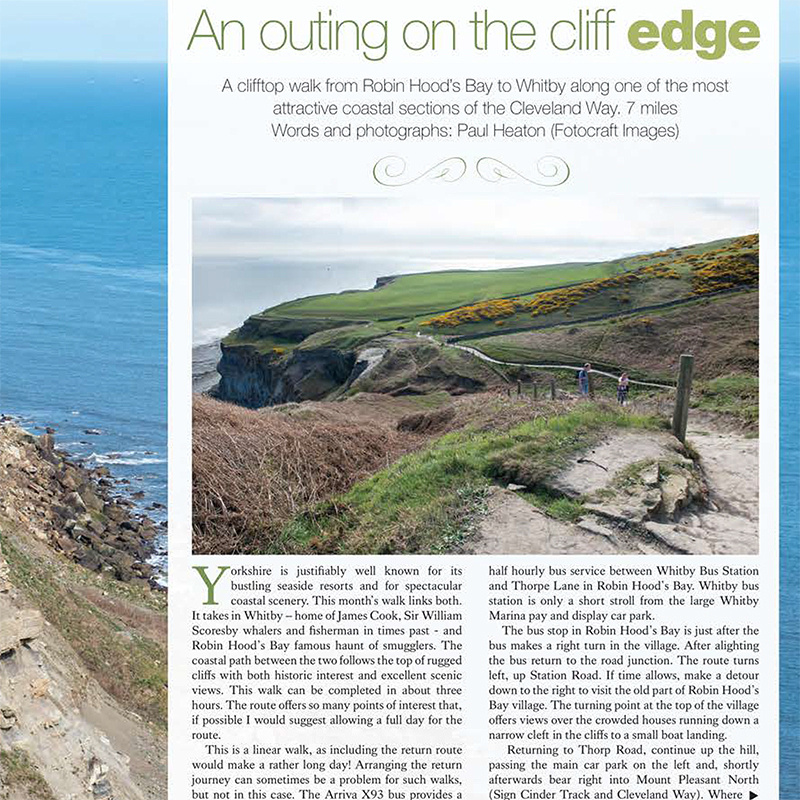 I always submit a broader selection of photographs with an article than I expect to be published in the final feature. It is interesting to see which images the editor chooses, and the prominence given to each of the photographs. I am sometimes left thinking "I wouldn't have highlighted that photo", or "why wasn't that picture included - I felt it really worked with the text of the feature". That, I guess is why I take the photographs, rather than editing the article for publication or designing the layout!

I have been back to my original submission for this piece to see the full list of photos I sent for this article to remind myself what I submitted, compared to the pictures included in the published article. In this case the editor excluded this picture of St. Mary's Church in Whitby, which is mentioned in the article: 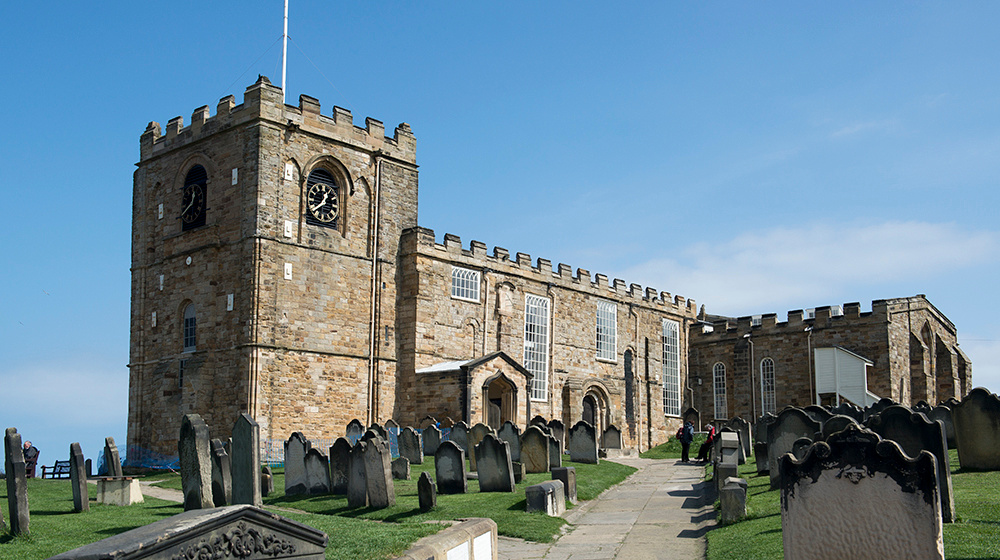 The final feature also excluded this image of Whitby lighthouse, which is one of the prominent landmarks on the walk: 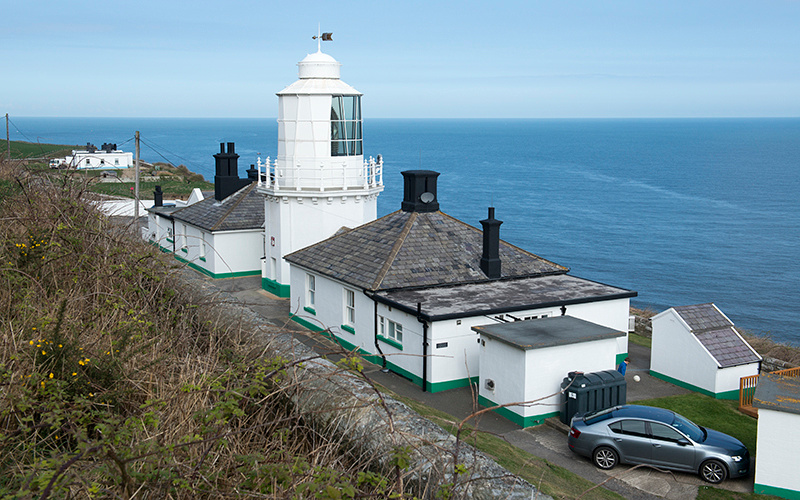 The photographs I submitted included a picture of Whitby town, and this image of the harbour: 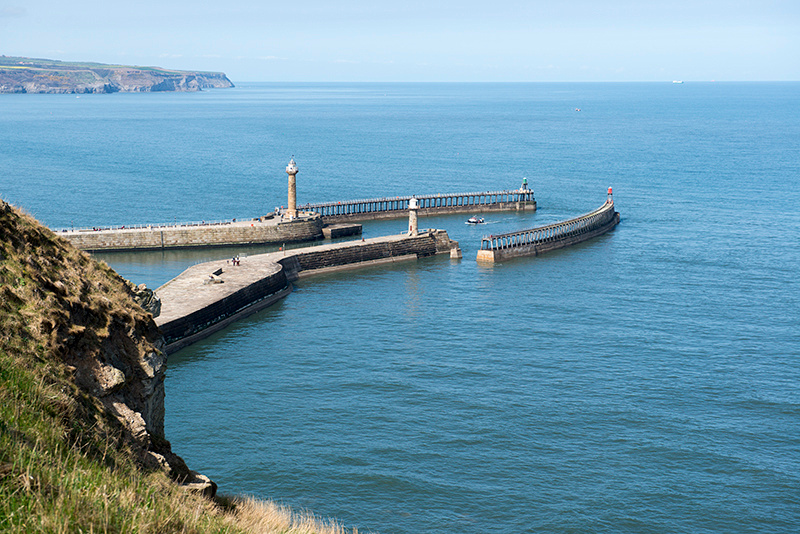 I agree with the decision to include only one of the town/harbour photographs in the piece, but, if I had been choosing, I would probably have selected the one above rather than that actually chosen (particularly as the feature also includes a photograph taken from Whitby's famous 199 steps). 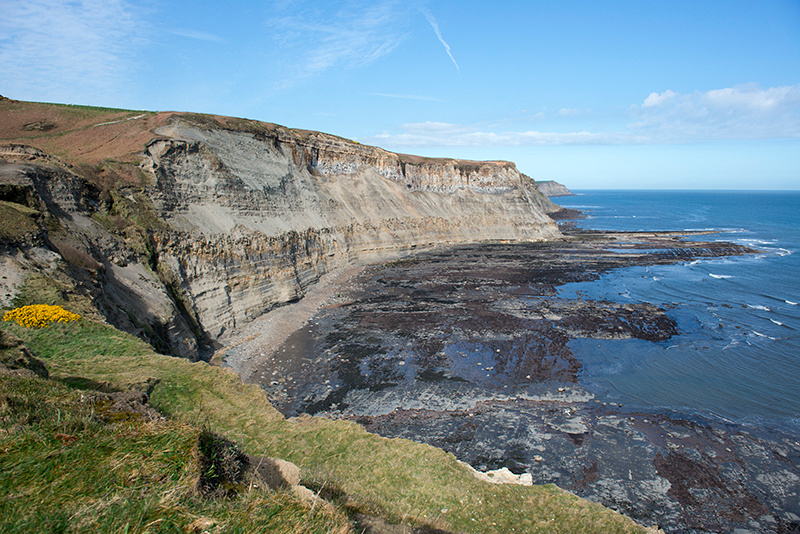 There are no right and wrong decisions in  these cases. If you asked a dozen people to select the pictures for the piece, they would probably all choose two or three of the final selection, but everybody would have variation in the other pictures. The feature has to fit within a limited number of pages, and if the photographs are printed smaller, to fit more in, then they lose impact. Taking a photograph is often a compromise between shutter speed, aperture, sharpness and film speed. In a similar way, a magazine article has to strike a balance between impact, comprehensive coverage and the different natural and man made features along the way.

The presentation of the feature is important, but the walk itself is more important. It really is a magnificent outing, and, if you have the time and the stamina, I would encourage you to give it a try. If you have done this walk in the past or recently, let me know what you think in the comments.